Midway won the battle for the Blue Jays.

On July 20, the Toronto Blue Jays were looking for a place to land during the COVID-shortened Major League Baseball season, due to the fact that Canada’s border is closed to U.S. travelers, including visiting teams. Their first home game was slated for July 29.

I invited them to consider playing in Midway, Kentucky. Their answer was a polite no.

Although the Jays won’t play their home games in my old Kentucky hometown, I don’t consider my invitation for them to occupy the new ball field at Midway University to be a failed effort.

If you missed the news that week, I should fill you in.

It’s important to know that I was a Blue Jay before the Toronto team was hatched. I grew up in Midway, a Central Kentucky town with a population of 1,800, and I attended elementary school in a beautiful old building that had, through 1964, been Midway High School. The school’s claim to fame was winning the Kentucky boys basketball championship in 1937.

While I wore the Blue Jays jersey with pride on the basketball court (but without talent—even for a writer, I was a pretty bad athlete), there was always something a little apologetic about being a Blue Jay. In my mind, having a bird as a school mascot—in the midst of lions and tigers and bears—was not exactly a ferocious statement.

But in 1977, along came the expansion MLB team in Toronto that took the field as the Blue Jays. They legitimized the name. Blue Jays were heroic after all!

Ever since, I’ve been a fan. I follow the team every year, and I watch them on TV whenever I’m in Canada or when they make a rare appearance on U.S. television. I have always owned a Blue Jays ball cap (though my original hat is long gone), and during the three zillion baseball games I went to as my two boys progressed through youth, high school, and—one of them—college ball, I often wore a Toronto topper. When questioned, I would always bore the asker with my Blue Jays background.

But then things got exciting this summer. When I read that the Toronto club was looking for a place to play home games in the nutso year of 2020, I emailed several of the Jays’ front-office staff with a simple proposal: Come to my Kentucky hometown and play ball.

It was a lark, of course. Midway has fantastic restaurants and is surrounded by gorgeous 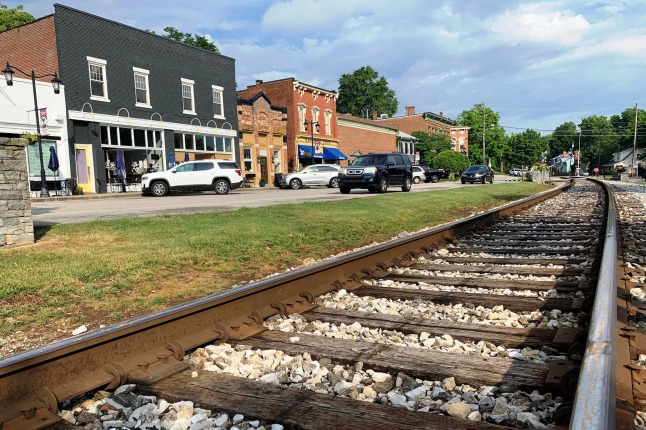 horse farms and aromatic bourbon distilleries … but we have no hotels. The new ball field on the university’s campus doesn’t have a clubhouse that’s up to major league standards—and by that I mean there’s no clubhouse at all.

I was honest about all of these things when I stepped to the plate and sent my email. Among the additional (and ridiculous) pros and cons I supplied was a strong pro: I promised that my wife would make a big batch of blondies for the team and its execs.

I expected to receive a short email in response, a hardy-har-har note to appease the village idiot. But I got more than that. A few hours after my email took flight, the team’s director of fan services, Christine Robertson, called to tell me that my far-fetched suggestion was a welcome diversion during a stressful time.

I had made it to first base. 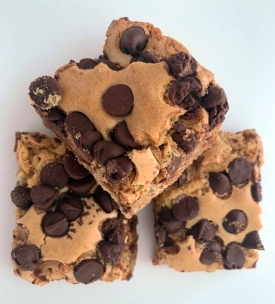 expressed an interest in checking out the distilleries). She asked if she could share my email with a reporter from Sportsnet (Canada’s ESPN, I guess), and Shi Davidi called the next day to interview me. His story was picked up by a number of Canadian news outlets, plus a few here in Kentucky, and it led to a live appearance on CTV, Canada’s most-watched TV news network, and another live interview on a Toronto-area radio station.

I felt like I had stretched a single into a triple.

By week’s end, though, the Blue Jays landed in Buffalo, its Triple-A minor league affiliate, and my tongue-in-cheek dance with the team was over.

I didn’t succeed in bringing the Blue Jays to Midway, but I did shine a much-deserved spotlight on my hometown. Thousands of people—heck, maybe millions—saw, read, or heard my open invitation to come to Midway, Kentucky. If only a fraction of them remember that we have outstanding restaurants to dine in, and marvelous distilleries and horse farms to tour, then my late-July folly will produce visitors to Midway and Woodford County.

If travelers add a trip to Midway when they come to the Kentucky Derby—or to Lexington or Cincinnati or Nashville—I’m confident that my neighbors will open their arms (and their cash registers) to the curious visitors.

And when that happens, Midway will have won the battle for the Blue Jays … in a game-ending home run.

One thought on “True Blue in Midway”